Cathy Carter has been announced as the winner of the People’s Choice Award for the 2019 Wallace Art Awards with her work, ‘Seven Sisters’­­ which was subsequently acquired by the Wallace Arts Trust Collection.

This installation extends Cathy’s Oceanids series to achieve scale and affect and bring new materiality into the conversation. This series comprises symbolic portraits representing Oceanids – female eco-warriors from Greek mythology with parallels to Taniwha. Among the best-known Oceanids are the Pleiades, known as the Seven Sisters or Matariki, stars in the constellation of Taurus. Each panel represents one of the seven sisters, and the viewer’s passage past the panels is a navigational journey in space and time. These astronomical Oceanids relate to navigation and agricultural seasons in many cultures. In Aotearoa, these stars are Matariki. 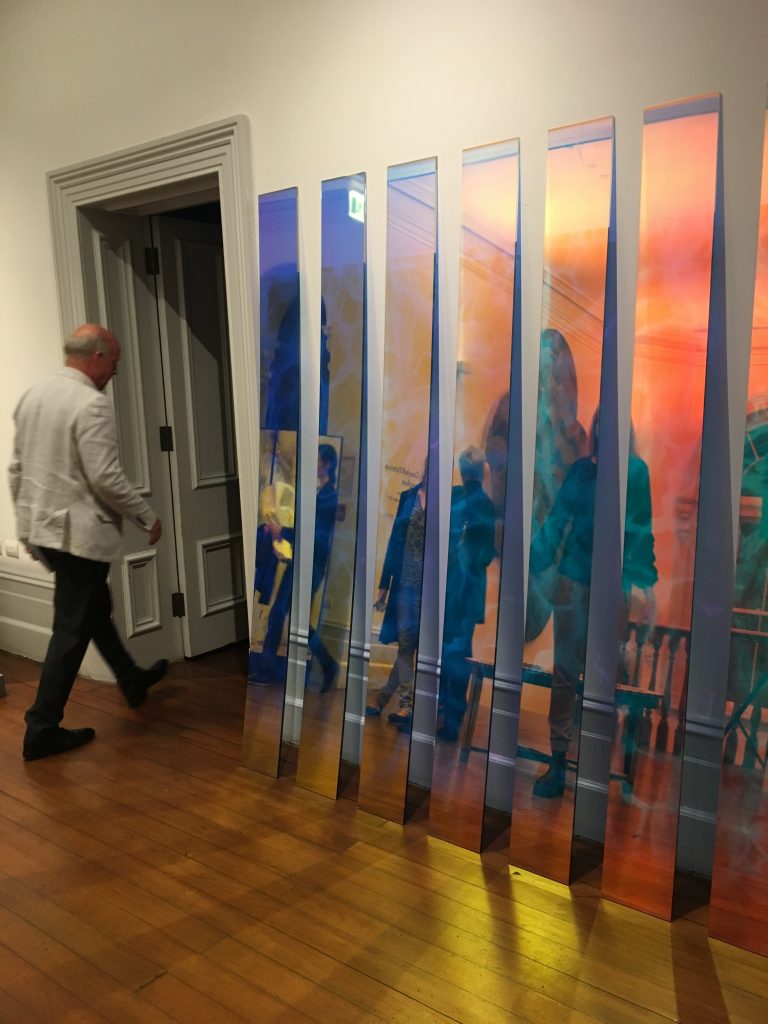