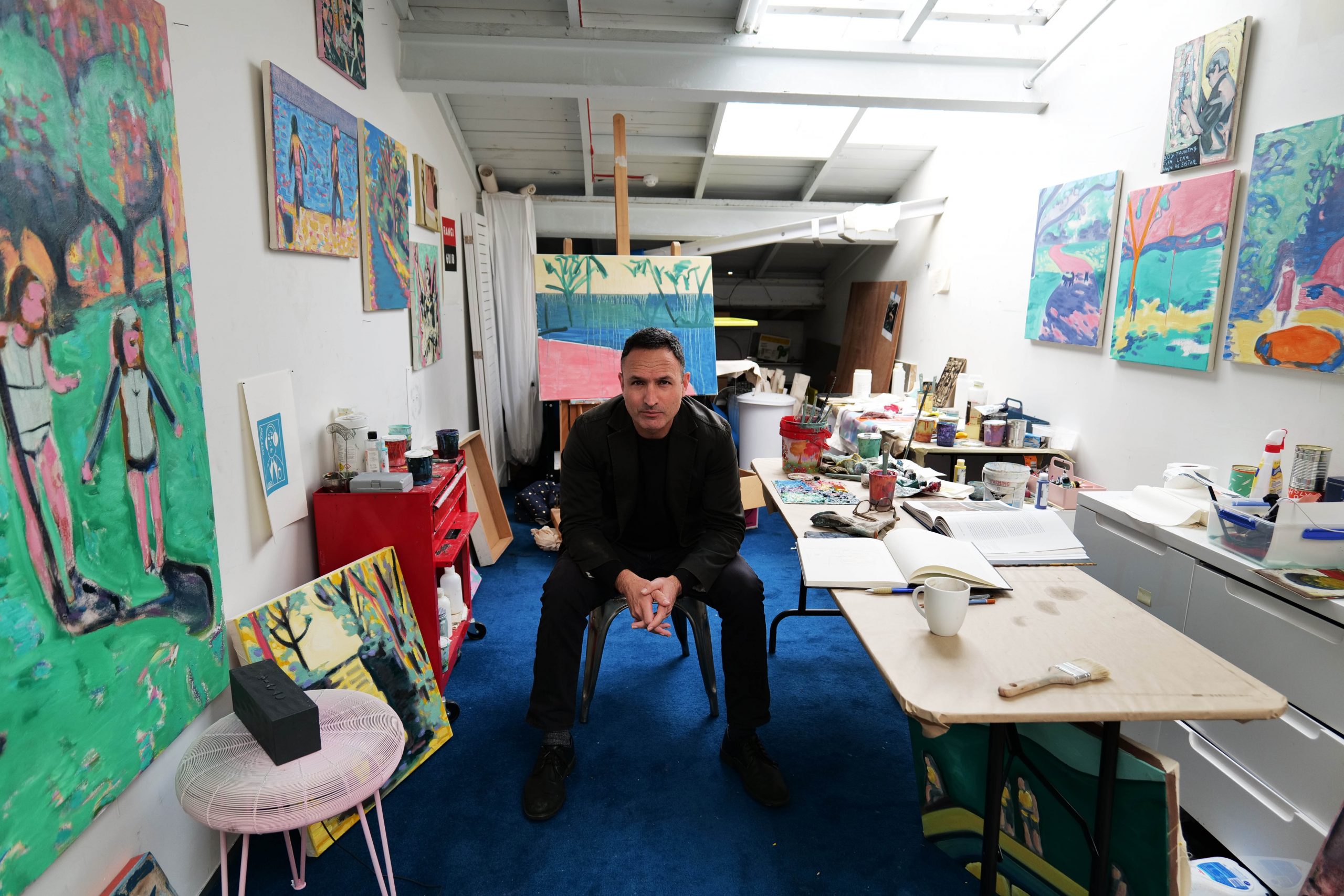 Billy McQueen‘s latest body of work will be exhibited in his upcoming October show, Archive 03.

Favourite or most memorable artwork/s you have seen in person?
Van Gogh and Manet both at Musee D’Orsay. Van Gogh’s paintings looked like they were painted that week.

What’s your process?
I work from drawings and photos. During the painting process, I often erase, repaint and repeat until I feel I have something that feels right. I use oil paint on canvas with traditional rabbit skin gesso.

Tell us about rabbit skin gesso?
This is a traditional medium used to ‘size’ canvas for oil painting. It basically protects the canvas from the oil paint. Most people today use acrylic based size/primers.

Acrylics, oils, water soluble oils?
I work mostly in oil and will occasionally use acrylic inks for some underpainting.

How has Covid affected/influenced your practice?
Last year’s lockdown offered me the most painting time ever.

Do you paint to music, if so what?
There’s usually music playing in the studio. Sometimes audiobooks or some youtube channel. The soundtrack to HBO’s High Maintenance has had a lot of plays.

How would you describe your work?
Figure in landscape.

Do you keep a messy or tidy studio?
Messy 50 weeks of the year. Tidy for 2.

What do you like?
Jet planes(lollies), Apricot Fruitfingers and Tonkotsu Ramen. Not at the same time.

[fact: Prussian blue is also used to treat people who have been internally contaminated with radioactive caesium or highly poisonous thallium. Patients swallow capsules of the pigment and in the intestines the compound incorporates the metal cations into its lattice. By absorbing the dangerous metals, Prussian blue stops them from being reabsorbed by the body and instead they are passed out in the normal way]

View works by Billy McQueen here and his past exhibition, Archive 02 here