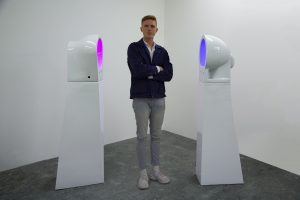 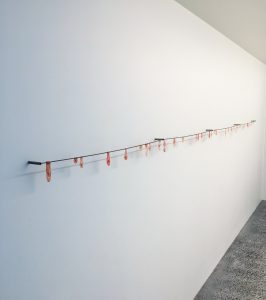 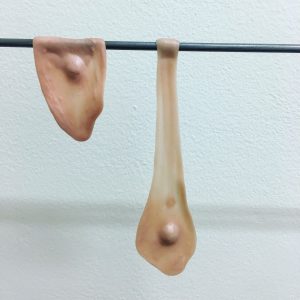 Cain was praised by the judges for pulling off the challenge of presenting “a sort of mini show” with his winning work which consisted of two very different elements. The first part of his work, Communal Conversation, includes two white ceramic toilet bowls lit with LEDs displayed on plinths which in the judges’ citation: “strikes an excellent balance between seriousness and levity, centering on gay encounters and touching on questions of community and gender.”

In addition to the pink and blue lighting, the piece also emits a muffled club soundtrack, which the judges praised for its “noticeable, but not overweening, use of light and sound.”  The second part of Cain’s work – Chewed Nipples – features four metres of chewed bubble gum hung on metal rails. It aims to give a slightly uncomfortable yet amusing twist on physical touch and sensual desire. The judges praised the “melty, chewing-gum forms, also noting that they echo paint skins.