Spoken Quietly From A Distance showcases the work of four exciting early career artists and marks their debut at the gallery.

Jamie Chapman graduated with an MA from Elam in 2012, winning the Joe Raynes Scholorship and Waikato Art Award in the following year. Chapman’s practice examines the painted image: exploring how painting could deal with photographic and filmic structures, constraints and modes of depiction (in broader terms, the contemporary).  Since 2012, Chapman has carved out an impressive reputation for his cinematic large scale paintings. This latest series of paintings – of friends and fellow artists – is more intimate and the result of post-surgery, painterly explorations.. and a Tramadol prescription:

“Shit. Where did all these colours come from?” Electric cadmium red flows around islands of viridian, cadmium lemon flowers in and out of existence. How long does this shit last for? It’s been at least 5 hours.  I haven’t really slept. I’ve been lying on my back and for the last 20 minutes my wife’s alarm has been tolling out like church bells declaring the end of war.

“Can you turn on your lamp please?”

As I flick on the lamp the cadmium red is replaced with a field of Lemon yellow shifting around pockets of cerulean; magenta has begun flashing sporadically in to the fray. I need to get up today; my back is killing me. Can I even move?

“I don’t think I slept much last night.” As I open my eyes objects in the room slowly come into focus, the patterns fade but don’t quite disappear; colours flicker along the edges where objects meet the white of the wall. Fuck, maybe two was too much. I just needed to sleep though.

I’m gonna paint today, I need to. What Can I paint? I’m struggling to think, but the urge is there to paint. I need to paint. I’ll paint my face, yeah Rembrandt did self portraits. Velazquez did too, plus they both had moustaches. Yeah, all those masters did selfies. Just as long as I can move I can do this.

Jake Feast in an Auckland based artist. He is best known for his evocative and biomorphic abstract works which subvert the traditions of painting, pushing at the medium’s underlying conceptuality. Jake uses paint, chemicals, resin and chance to form his layered vortex constructions.

His process is as much scientific as it is artistic: when acetone or alcohol are mixed with resin in a cup, a chemical reaction occurs, causing the resin separate. Jake then pours the thick liquid onto a canvas substrate and uses heat to spread it across the surface, making a ripple effect.  A clear coat of resin is then laid overtop, this process is repeated over and over again. The finished work is then sanded down before flaming the surface to remove unwanted texture and bubbling. The finished works have multi-dimensional depth due to this rigorous layering process. While this process requires constant manipulation and nurture, Jake estimates he only controls about 70 percent of the artwork – the rest is fluid, organically abstract and unpredictable.

Angus was born in the Hawkes Bay in 1982, and graduated from Elam School of Fine Arts in 2005 and went one to one of five prestigious Park Lane Investments Art Awards.After graduation Walker travelled extensively through Japan, Nepal, South America and the USA.  In New York, Walker spent time with his friend and mentor Max Gimblett which left a lasting and palpable impression, one which is implicit in his own work at times. Walkers works are typically raw, fluid, bold and operate as fragmented visual allegories. He works spontaneously, often employing symbols, words and gestures to create an arena for both autonomous and speculative narrative.

Natasha Wright is a New Zealand born, New York based artist whose practice has continuously challenged means of representation and abstraction in contemporary painting. Her recent work combines figuration and abstraction from a feminine perspective and explores the dichotomy between beauty and ugliness, love and obsession.  Wrights figures are bold and otherworldly. Depicted with thick oil paint, glitter and sand, they materialise with an almost ethereal presence, free floating and weightless, commanding undefined, empty space.

Wright earned her Masters of Fine Arts, from The New York Studio School in 2017, where she was awarded the New York Studio School Scholarship, The Jane Chace Carroll Merit Award, as well as the prestigious the LCU Award.  Her work has been included in Harper’s Bazaar,  Art Critical, 100 Painters to Watch, The New Zealand Artist Magazine, Denizen and The New Zealand Herald and has work in public & private collections in Australia, New Zealand, Europe, USA & Asia” 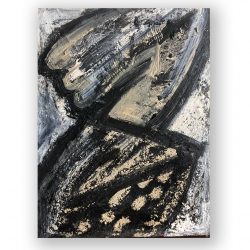 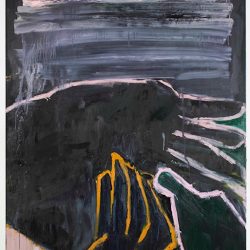 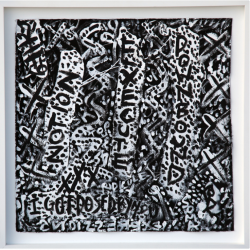 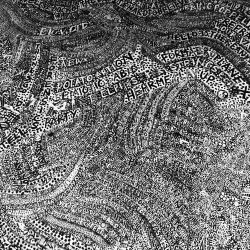 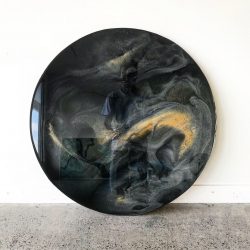 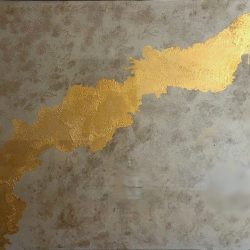 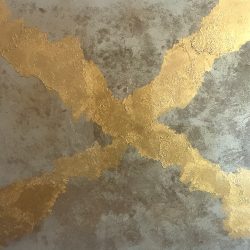 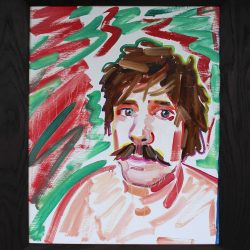 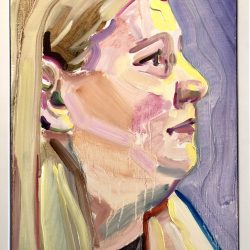 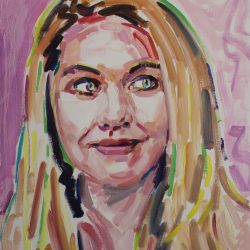 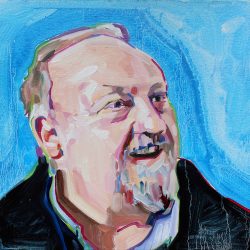 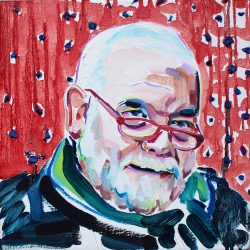 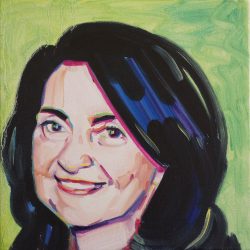 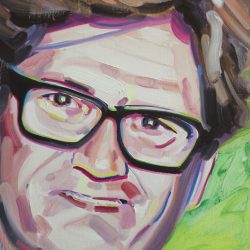 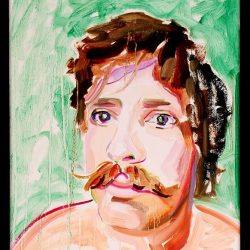 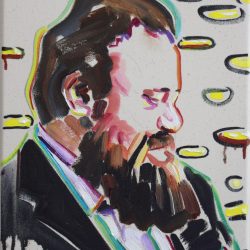 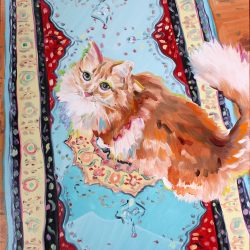