“At its best, collaboration produces something greater than the sum of its parts. This is a timeworn saying of course, though in this instance it is entirely true. In this collaborative effort, Roger Mortimer and Thomas Newman Pound have created artwork that takes the best elements of both of their practices, making something unexpected, surprising and new. Their collaborative artworks exude a strange power that appears to belong to neither artist. Rather, it is the unique product of the two working together.

In many ways, this is an unlikely pairing. Mortimer uses paint representationally. He creates fantastical projections and bestiaries; his canvasses combine cartographic symbolism with hosts of creatures engaged in esoteric activities. They bring to mind illuminated manuscripts, ancient maps, fantastical bestiaries, Buddhist wheel of life paintings. They are rendered exquisitely, with the polish and finesse of a master painter.

Conversely, Newman Pound works in a found-object framework. His is a discourse of artefact, assemblage, material residue of the past and the obsolescence of its technology. He deploys an aesthetic of rust, entropy, and a falling away of the human made. Newman Pound’s timber and metal constructions repurpose discarded objects. This gives an impression of functionality – as if these items have a practical use, though one that cannot be deciphered.

Seeing as these two practices are so seemingly disparate, one might expect that there would be no common ground. But that is not the case. The works amalgamate beautifully, and create something uncanny and hitherto unseen. These are Newman Pound’s found objects, assembled according to his compelling logic, adorned with Mortimer’s masterful, ethereal touches. They are quite simply stunning.

Beyond object aesthetic, such works pose complex questions as to the conceptual framework they belong to. After all, illusionistic painting and found-object readymades belong to quite different conceptual fields – although Marcel Duchamp, the grandfather of the readymade might disagree.[1] How can the creation of illusion with paint be reconciled with the non-illusionistic nature of an object-centred practice?  A straightforward answer -unnuanced but effective – is that these adorned objects simply hum. They are unique and provide aesthetic satisfaction in a way that good art should.

A more complex answer might lie in the nature of matter and the relativity of human perception. A field that has gained popularity in academic discourse in recent years is  New Materialism, or Object-oriented Ontology (OOO). This system of thought is non-anthropocentric, arguing that subjecthood is not the sole domain of human entities. According to American academic Andrew Cole, OOO constitutes an understanding in which “all objects are equal and, ontologically speaking, on the same plane. You, a speck of flea shit, an electric chair, and a solar flare are all equal objects.”[2] Ultimately, Cole’s take is sceptical of the tenets of OOO, particularly when applied to art.

A less doubtful take has been put forth by British philosopher Timothy Morton. He posits that through the lens of OOO, “[…] everything has agency, everything is ‘alive,’ possibly ‘conscious’; or that consciousness is just another mode of access among equal others, and so on.”[3] This position, where agency or subjectivity is not the exclusive domain of human experience, brings us to the non-anthropocentric view mentioned earlier, wherein objects possess some level of agency. Returning this to the conversation about art, agency would be intrinsic to the artwork itself. It would always be present, and a consequence of the object’s material existence.

How might we think of Mortimer and Newman Pound’s art objects in relation to this? What makes them work? One could say that they are created by the artists and yet possess something akin to personhood. Or perhaps that the qualities of matter bring an extra-sensory element to the artwork. If one was to accept the central tenet of OOO, any material thing could operate in this same way – there would be nothing ‘special’ about art. Nevertheless, these objects seem to activate a particular awareness, open up questions about the nature of matter. They appear radiant, as if exuding some metaphysical power. Whatever it is that triggers this particular quality, it is compelling and effective”. Julian Mckinnon  © 2021

[1] In his 1961 commentary, titled Apropos of “Readymades”, Duchamp stated, “Since the tubes of paint used by the artist are manufactured and ready made products we must conclude that all paintings in the world are ‘readymades aided’ and also works of assemblage.”

[2] Andrew Cole, “Those Obscure Objects of Desire: The Uses and Abuses of Object-Oriented Ontology and Speculative Realism”. Artforum.com, 2015. 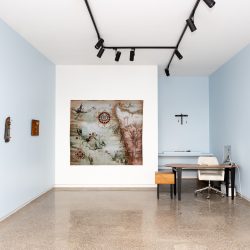 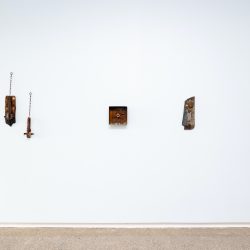 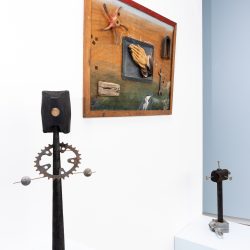 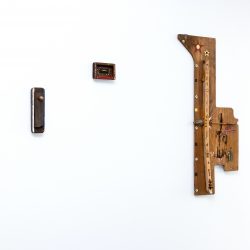 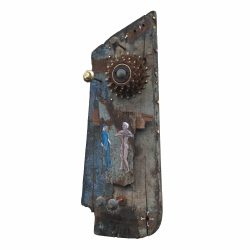 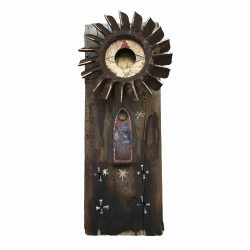 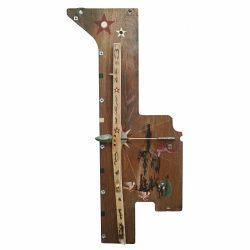 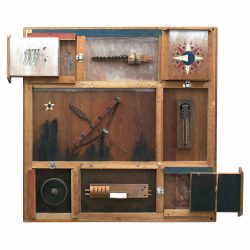 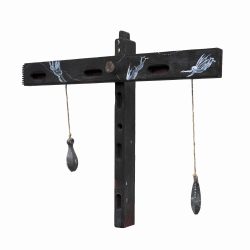 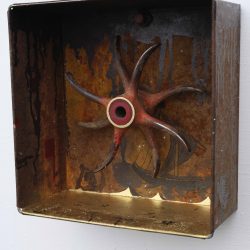 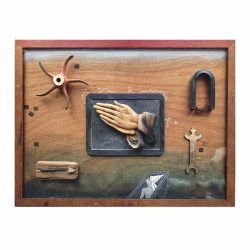 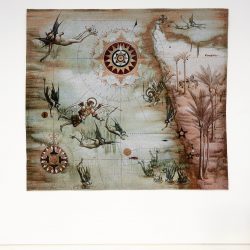 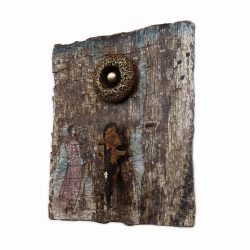 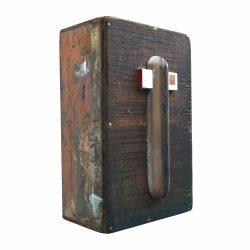 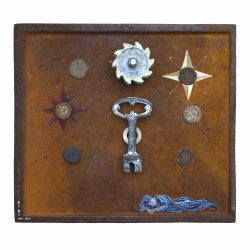 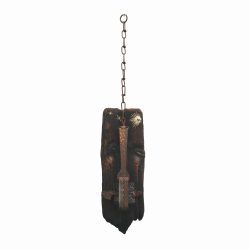 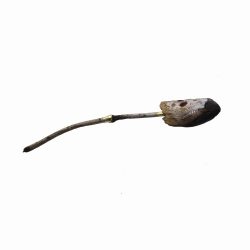 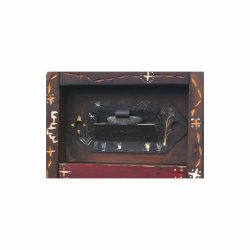 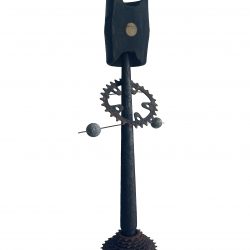 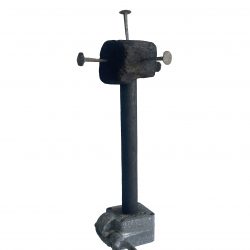