“Let’s just get it out there, 2020 is proving to be a very prickly year. I had great hopes for 2020, a year for clarity of vision on the issues facing our collective cultures worldwide. There seemed to be real cut-through on environmental problems like plastic pollution, greenhouse gas emissions, deforestation and other habitat losses causing mass extinctions of plants and animals. Issues the world has been disastrously slow to address despite ample scientific evidence. Then came Corona virus. Again, with warnings of the potential for a pandemic from the scientific community being played down, in the USA’s case actually dismantling the healthcare infrastructure already in place to deal with such an event. Though many countries have struggled with the virus because of economic restraints or political failings, some have fared better. Which brings me back to the point in hand, my latest solo show ‘Thorny Issues’ at Föenander Galleries.

I started painting these works as we emerged from our first lockdown, with feelings of relief that we had worked collectively to avoid the high fatality rates experienced around the world. With no community transmission, life felt almost normal. It was like we were waking up after an imposed slumber.

I started thinking about ‘Sleeping Beauty’ as an allegory for these feelings. In very simple terms fairy tales offer comfort by distilling complex narratives using archetypal characters and settings. Though the more I researched the story the more disturbing the archaic folklore tale revealed itself to be. The passivity of sleeping beauty is not something modern women generally aspire to, and the older the version of the tale the more disturbing the narrative is. In the 1653 publication by Giambattista Basile, a prince who finds the sleeping Princess Talia impregnates her while she sleeps. Having given birth to twins while still sleeping, she wakes to them sucking on her finger, desperately hungry, which removes the poison flax shard (that is the source of the enchantment) from under her nail. It’s not the only disturbing aspect of the tale; there is also attempted cannibalism by the prince’s current wife (or mother depending on the version) when the prince’s actions are brought to light.

Later versions ditch the rape and cannibalism, but the tales are still by no means feminist statements. Up to and including the latest Disney incantation in 1959 though – there are elements within the stories that resonated with me. Culture is built and refined, these stories have been passed down through millennia, the Basile version finishes with the moral decipher that; “The person who is favoured by fortune has good luck even while sleeping”. Maybe sometimes doing nothing is the best course of action.

The reference in the tales to spinning yarn from flax to produce linen pricked my interest. Early European settlers in Aotearoa dubbed harakeke ‘flax’ because of its usefulness as a fibre, akin to their European flax fibre, even though they are unrelated plants.  Being a subject I’ve painted for over 20 years, I’ve become interested in all aspects of harakeke in our evolving NZ culture.

In later versions the sleeping palace is surrounded by a rose thorn thicket, indeed the rose references are central to the later stories. The thorns provide a deadly barrier for exactly 100 years but magically transform into soft flowering blooms for the prince’s timely arrival. Renamed Little Briar Rose by the Grimm brothers, the story is a variation on vanitas; mortality and beauty are not far apart. It’s the place where my show took root: the symbolism of the rose, the cultural references of harakeke and the personal discourse I have developed around floral signifiers”.  Neal Palmer 2020

More work to be added. Contact the gallery for complete exhibition catalogue. 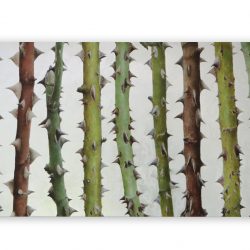 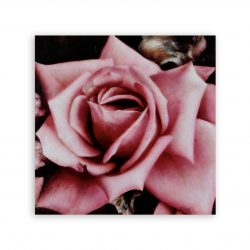 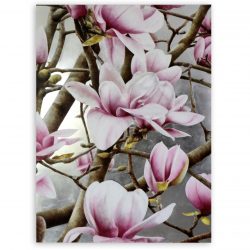 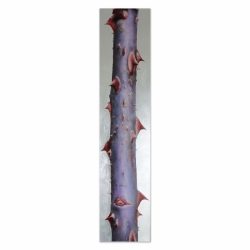 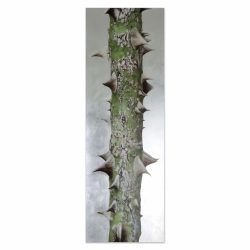 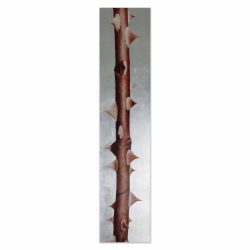 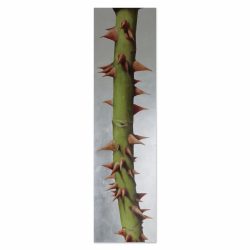 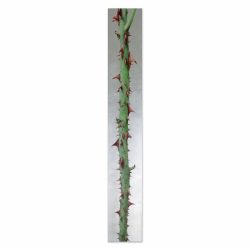 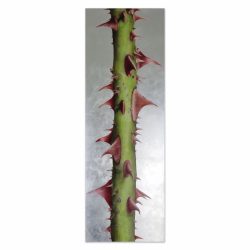 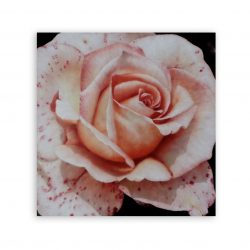 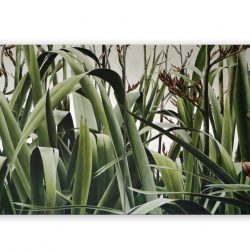 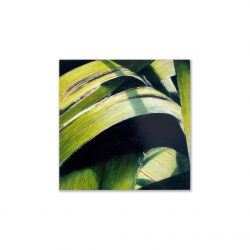 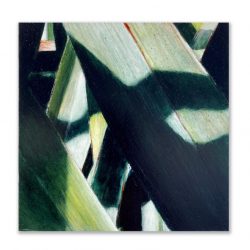 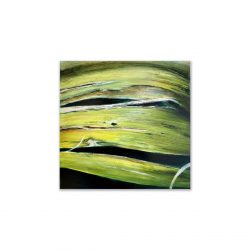 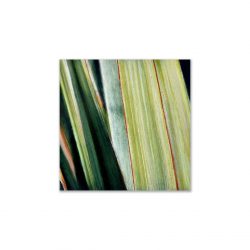 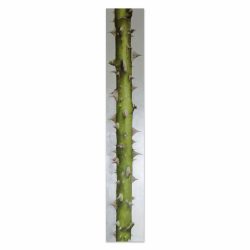 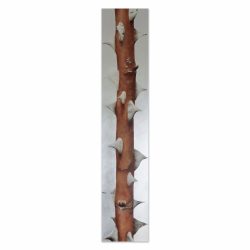