‘Central Thread’ sees mark-making remain the foundation from which the artist builds.  Whether through the simplified marks of Palmer’s gilded silver works or the details & textures of his more detailed paintings – each mark made influences the next step – building up a network of threaded brushstrokes beyond any representative concerns.

Palmer’s new paintings present botanical imagery exploded in scale, yet despite this shift in scale, these works are surprisingly intimate, seducing us with their geometry and lush sensuality.   Upscaled, the sculpture-like forms of our native fauna become all-enveloping.  Up close, texture and line assume prominence and the viewer becomes immersed in an abstract jungle of brushstrokes. Stepping back, the forms resolve into a splendid detailed representation, with an overwhelming sense of depth.

Palmer has mastered the ability to represent the third dimension with his brush.  The illusion of depth is total, the canvases themselves have been painstakingly undercoated and surfaced to an almost perfect smoothness.  The inclusion of gilded silver leaf on a number of paintings adds a further illusion of depth – causing light to dance across the surface of work – which shifts as the position of the viewer changes.

These new paintings play around with ideas of growing complexity, the repetition and layering of simple forms on multiple levels of scale, builds images which tap into a subconscious response and mirror the fractal patterns we find so often in the natural world.  Palmer’s work is an exercise in mark-making and examination of space, through which the real becomes abstract with its repeated line and layers, emulating the central threads of natural patterns. 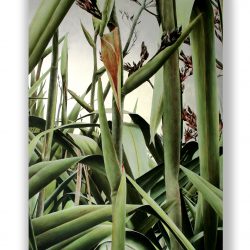 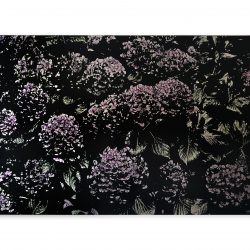 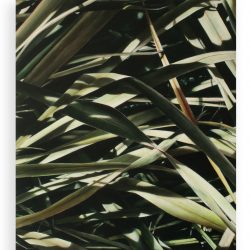 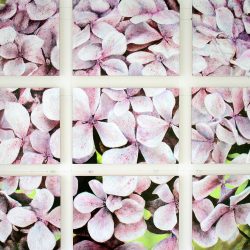 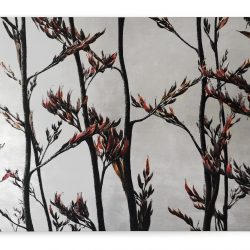 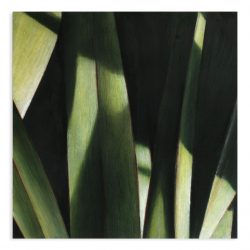 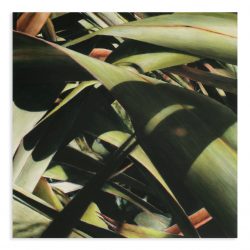 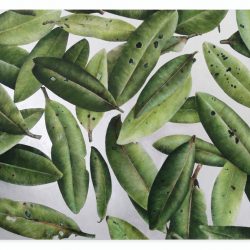 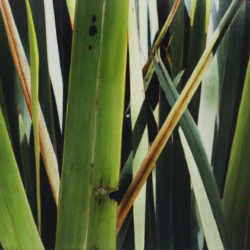