The exhibition title ‘On Track’ is at the same time a statement, a description and a question.

As a description, the paintings in ‘On Track’ are a development from work I started during an art residency at Karekare House in 2018, for which my proposal was to explore and visually respond to walking and running the Hilary trail. As a question ‘On Track?’ (for my purposes here) refers to environmental issues; are we on track to mitigate the harshest consequences of climate change?
Can we arrest the loss of bio-diversity? Stop polluting the world?  What track are we on?

Walking and running in the Waitakere Ranges and west coast beaches is one of the great pleasures of living in Auckland, and something I have enjoyed for many years. It was a direct response to this environment while living at Piha (1996-7) that sparked a body of work which has now spanned over 20 years. As I mentioned above, in 2018 I was lucky enough to be the inaugural Karekare House artist in residence, I wanted to develop a project that I had been thinking about for a few years after walking the Hilary Trail with my 15yo son. A kind of portrait in pattern and form, to walk/run the trail picking out details to build an aesthetic impression of the journey. But this was March 2018 and we were all becoming aware of Kauri dieback disease, and the majority of the Hilary Trail was closed not long before I started the residency. Thankfully, the section between Piha and Pararaha Valley was open during my time at Karekare, so I was able to do some work on my project.

As with most residencies (it seems to me anyway) the realities of being there changed the direction of the work somewhat. For a start I couldn’t ignore the effect Kauri dieback was having on the Waitakere Ranges and other regions. Kauri dieback is a microbial spore that travels through soil and eventually kills Kauri trees, there are quite a few affected trees in Karekare. It is a heart-breaking thought that without help to stop its spread, Dieback could well wipe out the magnificent Kauri. Though, as with many issues currently, another microbial problem has taken the spot light for the last couple of years. This of course is no reason to take our eye off the ball, we need to deal with all the problems facing us. You can find out more through groups like The Kauri Project and McCahon House. During my residency, I was super excited to be invited to stay at McCahon House so that I could work on a group of frottage pieces from the Kauri in Colin McCahon’s garden. I started these frottage pieces as a way of collecting reference material but soon realised they had great potential as works in their own right.

Despite the fact you can’t walk the Hilary trail presently, I’m still interested in the idea of painting portraits of journeys. In fact, I’m thinking bigger. The Hilary trail used to be part of the Te Araroa track, the trail that runs from Cape Reinga to Bluff. I’ve walked/run various sections so far, including the section near Tutukaka where Tane Moana stands, the largest Kauri on Northland’s east coast.

Tane Moana brings me back to the works in this exhibition, he is the destination. On Track through northern bush trails, following orange triangles to stay the course. Picking up the patterns and forms as we travel- walking, running, thinking, taking pictures and making impressions. It’s about gathering the interesting stuff (to me) so as to create work that gives the feeling of places I have travelled. 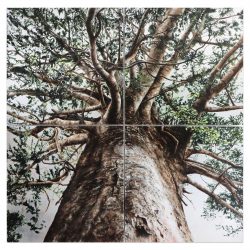 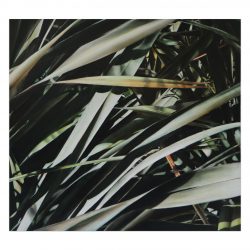 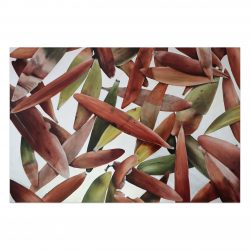 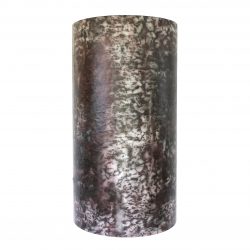 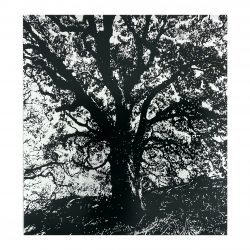 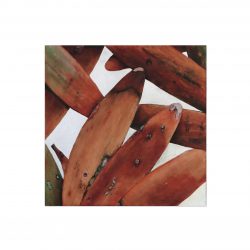 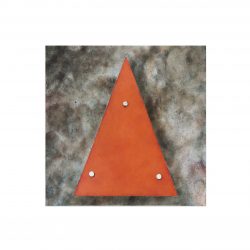 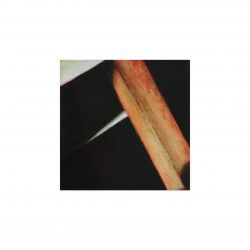 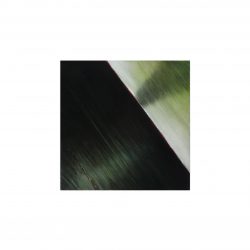 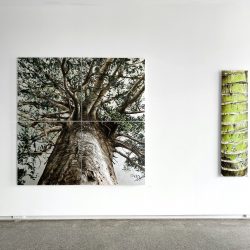 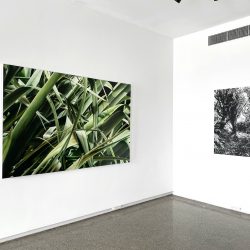 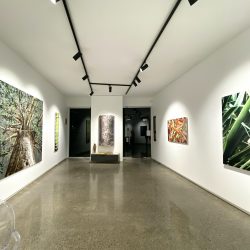 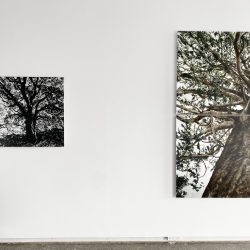