Nature Morte explores contemporary still life practice, a genre perhaps synonymous with the symbolist painters of 16th & 17th Century but one which has been a constant subject throughout the history of art, its significance changing over time. Nature Morte takes a fresh look four differing contemporary artists who successfully – and at times playfully – use and expand on the language of still life for modern audience.

These works are lusciously seductive but close up the floral compositions deliver a bite of reality. It’s here that Emma’s interest in the transient nature of beauty and a world too obsessed with perfection, are explored. These portraits of flora ‘on the turn’ honour the beauty of the imperfect and the homely. The images are a gentle contemplation upon the ‘greatness’ that exists in the inconspicuous but also trace the more intimate arc of lifespan, honing in on the quietly exquisite the artless evidence of demise.

On closer inspection in some of the images there are small details to discover ie bees, butterflies, caterpillar, crysalis (a whole lifecycle). Bass utilises the flower as a symbol of birth, growth, strength, union, decline, death and rebirth – a cycle that closely matches our own – the flowers here are starting to wilt, discolour, petals are withering, dropping, leaves are curling at the edges – these bouquets are infected with mortality.

Matthew Carter‘s work sees him return to one of family tradition – Still life oil painting. A big influence on his early training in painting was his mother who was a painter of still life throughout the 70’s, 80’s and 90’s until her untimely death in 1997. During Matthew’s childhood these paintings and other relatives’ (notably Audrey Harrison) works surrounded him. A fresh examination into this tradition has led Matthew into the realm of objective realism and a discovery of the subjective/objective relationship.

The objects within his works have been chosen with some deliberation. As well as being the aesthetically interesting things to hand, they are also the working tools of his craft. Painting mediums, chisels, film and videotape all have a history and significance in his life as they allude to making, working and doing. They also sometimes reflect a circular or recursive pattern – as in the painting mediums being used in the paintings themselves.

David Shennan’s still-life flower paintings, set against the Sky or Universe as a backdrop (and sometimes an active participant) celebrate life and nature. Still-Life painting is often laced with metaphor and these pictures are no strangers to the notion of the microcosm and macrocosm. The placement of flowers, either implicitly or explicitly arranged in an other-worldly environment, assists in setting-up a contradictory stance to the meaning of ‘Nature Morte’.

In these paintings, the idea of depicting inanimate objects is being challenged as a concept, with the flowers being depicted in a highly animated state. There is often an idealisation or manipulation of a still-life subject in its representation to enhance the appearance or reading. Sometimes it can seem that it is no longer a case of art imitating nature but nature imitating art; a playon capturing the energy of the subject at its most dynamic point of awareness so that its true nature can be revealed.

Isaac Katzoff  graduated from Southern Illinois University with a BFA in 2001 and  completed a postgraduate diploma in Art History from the University of Auckland, with a focus on the history of Studio glass blowing in New Zealand.  He has since worked in established glass production studios in both the United States and New Zealand, refining his technique and skills in glass-blowing and fabrication.  Katzoff’s work often pushes glass making to it’s limits – playing with expectations of materials – in contrast to the objects presented. 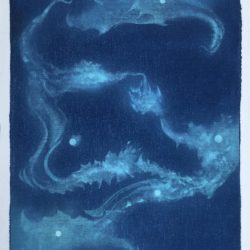 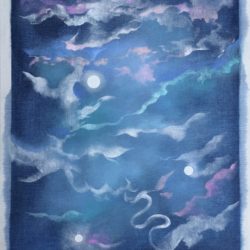 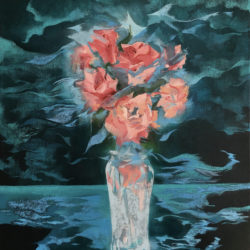 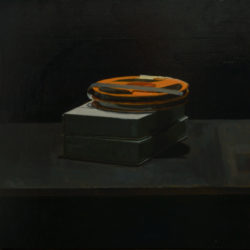 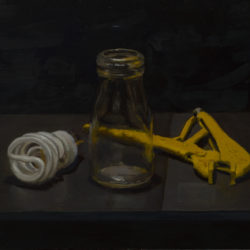 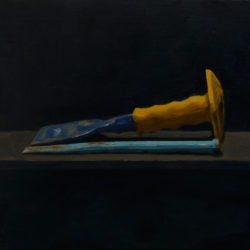 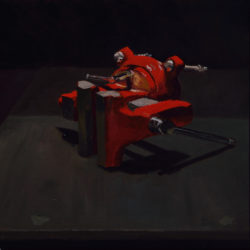 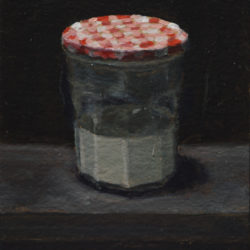 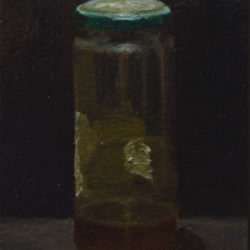 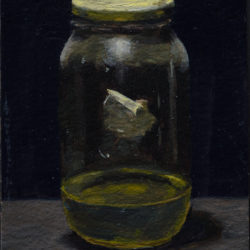 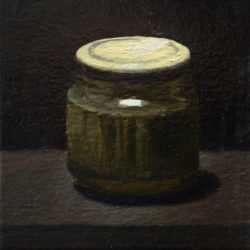 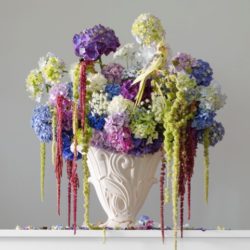 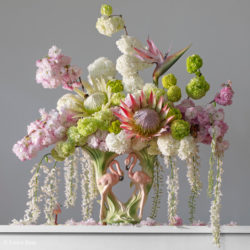 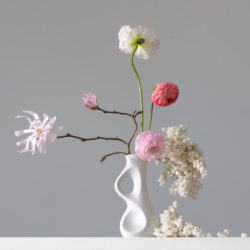 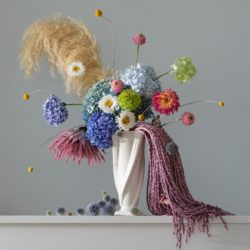