Matt Palmer | From a Distance

Matt Palmer | From a Distance

Matt Palmer’s New Zealand is iconic, yet intimate. His paintings explore the role desire and imagination play in the recall of development of memory. Palmer an expat New Zealander, living in Australia, draws upon experience and a developed sense of personal mythology, in depicting the land From a Distance:

“I see myself as a New Zealander living in Australia. Set against the background of this fact about my life, are intense feelings of loss and longing. The dream of living somewhere on the east coast or settling into life again on the Cook Strait suburbs of Wellington, the illusion or the vision from afar always seems so much more appealing than the constant struggle to stay afloat in the hustle and bustle of Sydney’s inner city sprawl.  Of course, we all know this is a symptom of something deeper and more significant of the human condition. In fact, the truth would be closer to “The grass is always greener”.

“What I am longing for is a sense of space. Moments where nothing else matters except the way the light hits the hills or the way the road cuts through the composition, promising something around the next corner. This tension between reality and imagination lies at the heart of my paintings. The way that I make them is even trapped in there somewhere. What is real? What is made up? What is by my hand and what has been provided by the moment? A secret place which I find myself protecting as if my life is at stake. Emotionally it feels as if it is”.    (Matt Palmer, 2018)

A background in filmmaking informs Palmer’s painting practice. His compositions are cinematic, atmospheric and narrative driven, while his brush work plays in the space between the painterly and photographic. This new suite of highly personalised landscapes, capture a moment in time, where light and spatial arrangement work together – tapping into something distinctly New Zealand, yet strangely universal. Through roads, dilapidated buildings, fence posts and other civilizing signs are playfully set against the vibrancy and rawness of the natural landscape, perhaps exposing both the tension and congruity of our relationship with the land.

Palmer’s father is the well known New Zealand landscape painter Stanley Palmer. Matt was brought up experiencing the New Zealand landscape from multiple angles, exploring its far reaches while traveling with his father on frequent painting excursions. Palmer’s creative upbringing lead him Elam School of Art where he was taught and a further inspired by Denys Watkins; following which he moved to Sydney in the mid-nineties to explore a career as film director, working extensively on short films and music videos for which he has won a range of awards in Australia and overseas. Palmer had his first show of paintings in 2013, and two subsequent sell out exhibitions in 2014 & 2016. His paintings have been reviewed favourably by herald critic TJ McNamara and feature in a variety of public, private and corporate collections across Australasia, Europe and the USA. 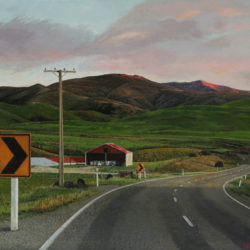 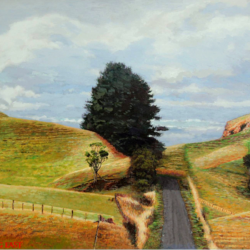 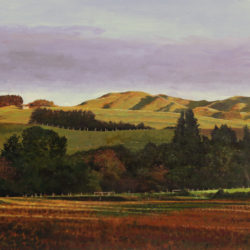 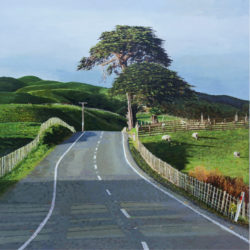