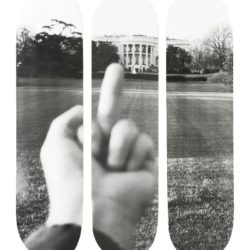 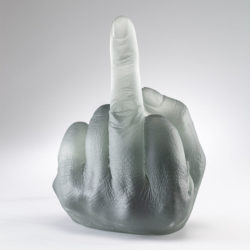 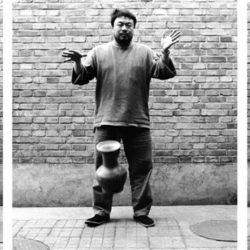 Ai Weiwei is among the world’s most celebrated contemporary artists and one of China’s most formidable critics. His sculptures, photographs, installations, and public artworks often repurpose recognizable Chinese forms and materials to address today’s most pressing social concerns. An outspoken human rights activist, Ai was arrested by Chinese authorities on April 3, 2011 and held incommunicado for eighty-one days. Only recently, he has been granted a passport to travel abroad despite ongoing government surveillance. Throughout, Ai has continued to extend his practice across multiple disciplines, using exhibitions, documentary films, and social media to communicate with a global public.

Several of Ai’s recent works make reference to the travel restrictions and surveillance imposed on the artist following his detention. In response to the Chinese government’s confiscation of his passport, starting on November 13, 2012, the artist began the everyday practice of placing a bouquet in a bicycle basket outside his Beijing studio, using vivid floral profusions to mock stale, bureaucratic power. Bicycle Basket with Flowers in Porcelain (2015), a delicate, remarkably precise sculpture created in the imperial kilns of Jingdezhen, commemorates this daily act of protest.